5 minutes of nothing that appears to be something – Video Art

Indian’s Sacred Spirit – May You Walk In Sunshine

LAKOTA – To Walk the Red Road 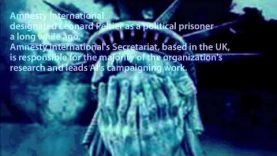 This video is dedicated to LEONARD PELTIER Who follows the Red Road in Spirit of Crazy Horse.
“… I have always loved and respected the Lakota ways. I have always admired the Lakota people, especially the Oglalas, for their strength, determination, and courage to continue the struggle to maintain our traditional ways and sovereignty.” – Leonard Peltier

We should remember about the Wounded Knee – as a place of massacre, but as a symbol of resurgent Native American – This is an important binder of thinking about human tragedies, but modern aspirations, desires and dreams. The memory of Wounded Knee it’s part of Native Amrican identity, struggling with contemporary cultural and political (government) rebirth. On the idea of Wounded Knee invoke the leaders of all Indian contemporary events – the 1969 occupation of Alcatraz., Trail of Broken Treaties of 1972., The longest march of 1978. and its continuation – Longest March II, 2008., appointment of “independent state of Lakotah” in 2008.
According to the 1868 treaty, the Black Hills of South Dakota still belonged to the Sioux people, and the traditional people wanted the Federal Government to honor their treaty by returning the sacred Black Hills to the Sioux people. Through the struggle and the situation in the Lakota Pine Ridge should understand the history of illegal tribal government that was imposed on the Oglala Lakota and its support of U.S. Government efforts to force assimilation and attack traditional and full-blooded people and the destruction of them and their sacred way of life by keeping Lakota away from their own language, culture and leading to economic and social backwardness .The famous 1973 take over of Wounded Knee by native activists and Oglala tribal members was a reaction to injustices and attempt returning freedom and sovereignty to Lakota noble people and against this forced assimilation that continues today.1973 Wounded Knee was a great victory for the Oglala Sioux as well as all other Indian Nations. For a short period of time in 1973, they were a free people once more.
AIM is a movement that was started to assist Native American that had been relocated by the government. AIM focused on keeping Native American culture alive and creating equal rights for them.
“AIM is the People. AIM will be there when every one of us living today is gone. AIM will raise new leaders in every generation. Crazy Horse belonged to AIM. Sitting Bull belonged to AIM. They belong to us still, and we belong to them. There are no followers in AIM. We are all leaders. We are each an army of one, working for the survival of our people and of the Earth, our Mother. This isn’t rhetoric. This is commitment. This is who we are.” Leonard Peltier – “Prison Writing: My Life is My Sun Dance”

Any copyrighted material in this video is copied for educational purposes only.

In The Beginning (Navajo dine’)

Wayra – Voices of the Wind